I was born on the day that senator Robert Kennedy was shot by the hands of Sirhan Sirhan. On June 5th, 1968 I came into a world of terrible social injustice and hatred of black Americans. Two months prior to my birth on April the 4th, 1968 my Christian brother and fellow American Dr. King was shot and killed by James Earl Ray.

I am not old enough to remember segregation because I was born in the era to end it. When I see the historical images of the prejudice, hatred, segregation and oppression I am shocked by the America that preceded my birth. I am a white man in rural white northern Michigan without a context to understand those times. 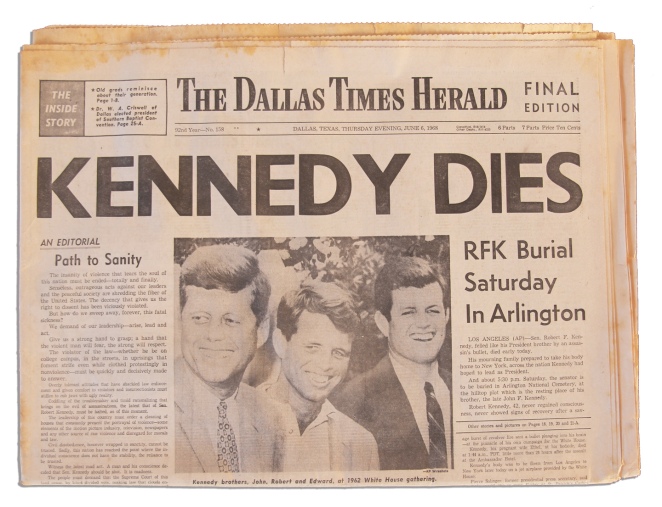 I was reminded of this America in a vivid way last Saturday evening. I rocked back in my theater seat enjoying my popcorn with my wife and friends as the struggle of the 1960’s was masterfully presented to us. We came to see the film Hidden Figures and it did not disappoint. Last Saturday many women assembled nationwide to be heard in Washington DC as I watched a movie about how black women changed American prejudice in a much different way. It may shock you to hear that it was done in a manner that was very quiet and very Christian.

Jesus was from Nazareth, a northern Galilee hick town with a bad reputation. No one significant ever came from there. But Jesus, the oppressed and unjustly hated Jew became the most significant and single most influential person ever to walk this earth. In the face of injustice, prejudice, mocking and eventual murder he overcame it all and turned our world upside down. Nothing in our world would ever be the same after he gave his life.

In many ways these black beauties working for NASA overcame similar injustices. The film beautifully pays tribute to the manner in which they defeated racial and sexual discimination. What stuck out to me most in Hidden Figures is that these obscure no name women responded to oppression the same way Jesus did. Through humble service and meekness they dramatically changed their world and the world of those who followed in their wake.

The women were driven by a higher purpose than themselves. America was in the space race and nothing else mattered except getting John Glenn on the moon before the end of the decade. Despite the oppression and injustice they put their noses down and did their jobs making themselves invaluable to the mission. There was never a more unjustly oppressed man than the sinless Son of God yet despite this he set his face towards the cross to accomplish his Father’s mission. In a similar way these black beauties were selfless and driven for something greater than themselves. This is truly a dying spirit in America I am afraid.

The women suffered in the workplace but overcame the cruelty in a very Christian way. These black beauties were humble, respectful, and gracious in the face of ugly oppression. There was a Christian principle they followed throughout the film, it reads like this-

Servants, be subject to your masters with all respect, not only to the good and gentle but also to the unjust. For this is a gracious thing, when, mindful of God, one endures sorrows while suffering unjustly. – 1 Peter 2:18 ESV

The hidden figures suffered wrongfully but were never presented as harsh and retaliatory. These ladies had an internal beauty that was obvious to God and all who observed their good conduct. (1 Peter 3:1-6 ) They followed the example of Jesus in refusing to speak evil against their oppressors, nor did they pursue vengeful retaliation as Dr. King taught them.

For to this you have been called, because Christ also suffered for you, leaving you an example, so that you might follow in his steps. He committed no sin, neither was deceit found in his mouth. When he was reviled, he did not revile in return; when he suffered, he did not threaten, but continued entrusting himself to him who judges justly.- 1 Peter 2:21-23 ESV

True Christianity rejects moral relativity and the culture is growing increasingly more intolerant and hostile to absolute truth and Christianity. Opposition and intolerance are the embers of persecution and the fire has already started in America. Will the American Christian stand up and march, or will we humbly follow Jesus as these African-American women did? We are getting a slight taste of persecution, injustice, oppression and what will our response be? Perhaps American privilege has caused us to forget our higher calling to suffer joyfully for the name of Jesus.

As the credits rolled I thought that these women shined as examples of the Christian faith in the face of terrible injustice. I am not sure if they were confessing believers but their life sure reflected it. The film inspired me to follow the example of Jesus and of these women to persevere in the faith whatever the cost.

Live godly in a godless culture and you will suffer persecution. But the benefits must never be forgotten by those who desire to live this way. There is the benefit of grace and glory for all who suffer wrongly for doing all the right things. Jesus suffered and the Christian will suffer because of his name as well. Remember, and be encouraged by the words of Peter the persecuted apostle on how to defeat the roaring lion.

Resist him, firm in your faith, knowing that the same kinds of suffering are being experienced by your brotherhood throughout the world. And after you have suffered a little while, the God of all grace, who has called you to his eternal glory in Christ, will himself restore, confirm, strengthen, and establish you. To him be the dominion forever and ever. Amen. 1 Peter 5:10-11 ESV

I am not a film critic, I am just an American Christian. I give this movie a five-star rating and two thumbs up despite my lack of credentials. I recommend it as a must see!