How my student loan debt was paid in full 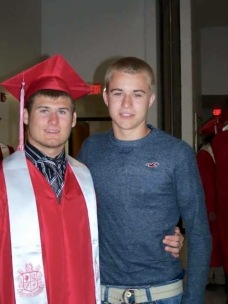 There were strange and unwanted thoughts that arrived in my mind the day my son died. As much as I wanted to push it from my thinking they continued to arise and I gave my thoughts words with my friend Dave as we mourned over Jake on that first day. The last thing I should be thinking about was money in a time like this. How awful I felt about having these nagging thoughts about how the death of my son was likely the beginning of major money problems in our household.

Thinking back 16 months I am not surprised that I was wrestling with those things in my head because it was only one of many troubled thoughts I dealt with on that day. I remember well how I sat on the stairs of my home and was angered by it all. Anger gave way to fear as I thought on how this might affect my marriage. I cried with my wife and told her that I did not want this to destroy us; she assured me it wouldn’t and it hasn’t. 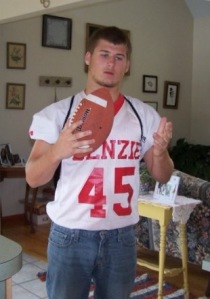 Jake had four years of college under his belt and all the debt that comes with it. We as parents were on the hook for that debt because we signed parent loans so he could go to school. As much as I wanted to push this from my mind that day I couldn’t. I mused about what I would have to do to make sure that the debt was paid. I thought about preparing the house to sell and taking that money to pay the loans. We would then have start all over again. What kind of dad thinks about these things only hours after his son’s death? Grief does strange and unexpected things to you. I understand now that terrible day was the beginning of many new and unexpected thoughts.

After the burial life was difficult in many ways beyond the pain of grief. Everyday troubles had to be dealt with while our minds were still swimming in grief. Life’s difficulties don’t get put on hold when grief comes to us; life gets much more complicated and stressful. Dealing with the issue of the student loan debt was especially difficult on Stacey. It weighed heavy on her as she tried to wade through the frustrating process, this frustration has continued for 16 months now and it is finally over and resolved. 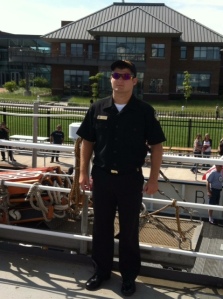 We discovered that there are laws in place to give forgiveness of student loans in the case of death. There are many fiery hoops to jump through and we hope the last hoop was cleared two weeks ago. We are now free of the responsibility of the parent loans.

I am thankful for debt forgiveness. It is quite humbling to know that what I owed was released from my responsibility. I wish there were a specific person I could call or send a thank you card to tell them of my gratitude. Somebody absorbed my debt and set me free from being enslaved to the lender. Somebody paid, somebody unloaded my burden, somebody took all that I owed on themselves. It doesn’t just disappear, somebody paid the debt.

This reminded me of Jesus who provided me debt forgiveness for all my sins. This is what God provides for those who are indebted to him, this is the Christian faith. Jesus said to a prostitute, “Your sins are forgiven.” Then those who sat at the table with him began to say among themselves, “Who is this who even forgives sins?” And he said to the woman, “Your faith has saved you; go in peace.” (Luke 7:48-50 ESV) Isn’t this what we all want? Debt forgiveness, salvation and deliverance from the burden of sin and to be sent away by God in peace? It is God alone who wipes our slate clean. “If you O Lord, should mark iniquities, O Lord who could stand? But with you there is forgiveness, that you may be feared.” said the psalmist (Psalm 130: 3-4 ESV) 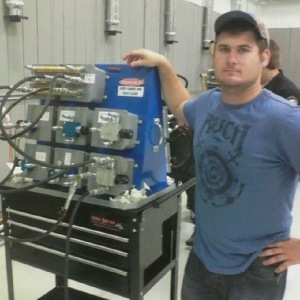 There are only two religions in the world. One comes under the banner of many names, denominations, cults, isms, (naturalism, hedonism, atheism, etc.)  and sects; then there is Christianity. Religionists formulate elaborate systems to “pay down your debt” but the interest is so high that the debt can never be paid down.Christianity conversely offers forgiveness of the unplayable debt that is owed to God; by grace we have been delivered from what is owed. Religion works to repay what they owe to appease their God, but true Christianity receives the grace offered and accepts that their debt to God is paid in full. These are the two religions of the world; which do you prefer? Grace and works are mutually exclusive to each other. We can pollute grace by trying to work for the favor of God or we can trust pure grace without the works and be forgiven of the entire debt owed. I would totally pollute the grace shown to me in the student loan forgiveness if I make efforts to repay the debt anyway. Grace is like water and human religious effort is like oil; they can never mix.

I cannot brag about what has been given to me freely. The proper attitude is to be thankful for the grace that has been given to me and the natural response is to love God and others. By faith I believe the debt is gone and paid in full by another-by Jesus himself. This is the Christian faith; every other religion requires human effort or pollutes grace by adding good works to gain favor with God. Good works are never the means of salvation but it is the evidence that it has taken place. These are the only to faiths in the world. Trust is Jesus or trust in self effort. Which faith are you?

But God, being rich in mercy, because of the great love with which he loved us, even when we were dead in our trespasses, made us alive together with Christ- by grace you have been saved- and raised us up with him and seated us with him in the heavenly places in Christ Jesus, so that in the coming ages he might show the immeasurable riches of his grace in kindness toward us in Jesus Christ. For by grace you have been saved through faith. And this is not of your own doing; it is the gift of God, not a result of works, so that no one may boast. (Ephesians 2:4-9 ESV)

What do I have to boast about if someone else paid my debt? I will boast in Christ, I will be thankful for his debt forgiveness and I will love him with all my heart, mind, soul and strength. This is my thank you letter to him.