Hearing the voice of love

There are innumerable voices in the world. Voices that come into our ears that effect our thinking to direct our lives into the paths we find ourselves on. We are molded by the voices we receive and reject, these voices shape our thinking into our own distinct voice. It begins at our birth with the voices of those who love us most. Soon afterward we leave the safety of the love nest and other voices come to us, voices that may care nothing about us. Voices of educators, authors, actors, entertainers, acquaintances, strangers, media, the religious, atheists, politicians…. are all pouring the wind of words into our ears. What we believe will fill our sails and send us in the direction we have accepted as our core values, our truth to live by. 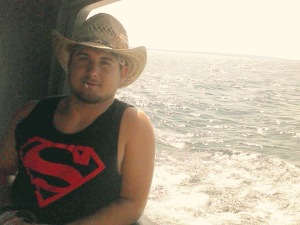 When my kids were young we had control of these voices but that quickly changes as they grow older. Before my son Jacob died at the age of 22 from a prescription drug overdose I was observing this phenomenon taking place in his later teen years.We naturally are protective of our kids and care about the crowd they run with; why do we do this? Loving parents want to protect their kids from the influence of outside voices that can lead to bad behavior. Of course, we cannot always control this and there comes a day when it seems totally lost all together.

Jacob was a musician, he liked a lot of genres and had good taste in music. He sang this song by Casting Crowns when he was about 15, I believe his choice in this music at that time reveals his inner struggle with all the voices. Like many musicians they perform what grips their heart the most and I now believe that Jacob was struggling with his inner voice of doubt and the voice of truth.

The voice of truth

Oh what I would do to have
The kind of faith it takes
To climb out of this boat I’m in
Onto the crashing waves
To step out of my comfort zone
Into the realm of the unknown where Jesus is
And He’s holding out His hand
But the waves are calling out my name
And they laugh at me
Reminding me of all the times
I’ve tried before and failed
The waves they keep on telling me
Time and time again. “Boy, you’ll never win!”
“You’ll never win!”
But the voice of truth tells me a different story
The voice of truth says, “Do not be afraid!”
The voice of truth says, “This is for My glory”
Out of all the voices calling out to me
I will choose to listen and believe the voice of truth

I watched how music shaped his personality for good early in his life, and some things I really didn’t like or find healthy for him came later. Music is a voice of influence that can replace personal thoughts with the thoughts of others. Sometimes there is a subtle adoption of the ideologies in the music, occasionally it is for the good of the person and other times not so much.The melody, harmony and the beat combined with the message serves as a messenger shaping our minds and will to some degree affect our thinking, attitudes, emotions and behavior. This is the point of music in commercial advertising; isn’t it? They hook you with a catchy ditty in the hopes you will remember it and buy their product.

College became the next voice of influence. Jake left home at 18 and for 2 years, it seemed to me that the goal of the university was to deprogram any values we had taught him. More voices started coming into his ears, more voices that didn’t give two cents about my son.They were steering his mind into new places, new ideologies and new ethics that weren’t all bad but certainly weren’t all good either.

My son came home from college influenced by many things, not the least of which was a drug dealer who wears a long white coat with a respectable MD embroidered after his name. Jacob realized he had a problem with prescription opiates his sophomore year. We didn’t know the depth of his problem until summer came and he told us of his addiction. He was in counseling and he had stopped using, we knew that drugs were a part of his life but had no idea of the depth of it. He really struggled with depression and panic attacks also and had learned to cope with it by self medicating. Of course recreational use of drugs and alcohol was also encouraged by many other voices surrounding him, including his own voice. However, there were also a few voices of friends who cared for Jake very much and encouraged him to stop.

Our son was clean after his sophomore year, he sat with his mother and I as he unloaded all the things that happened while away at college. He carried immense shame and guilt over what he had become and told us that he was clean and he needed our help to stay that way. I remember him saying how much peace he had by telling us the truth. He decided not to return back to GVSU but enrolled in an engineering program close to our home. He would again have a voice of loving influence close by, the new school also provided some good voices that helped him in his new path and for that we were thankful. While trying to help Jake and to keep him accountable I talked frequently with him over the summer break. I advised, “Jake, delete the bad contacts from your phone and avoid all contact with people who don’t give a crap about you.” (namely people involved in drugs) I also repeated this phrase all summer long, “Listen to the people who love you, we love you!” Jake did just that and things started moving in a good direction, the ship was still on rough seas but on target for port again.

Then Justin died. Justin is my nephew and Jacob’s cousin who were a year apart in age. Justin died of a heroin overdose in the spring of 2013, it was especially hard for our family and Jacob who grew up with him right next door. The funeral was very large and Jacob went to the podium and spoke of his beloved cousin. He ended his talk with the very thing I had been ringing in his ear since he returned home from college, he said, “Listen to the people who love you.” It finally sank in for him!

Nine months later much is weighing on Jacob with school and his personal life. He still grieves for his friend Craig who he lost in high school, also for Justin and now his granny who died three months earlier. He came home one evening after visiting his very ill grandmother as I lay asleep on the sofa. Jacob burst into the house clutching his chest and screamed,”Dad, I’ m scared, I’m scared!” He was having a painful panic attack. I helped him by sitting him down, giving him some aspirin and talked with him until his heart settled down. He refused going to the hospital and would later go to bed when he felt better. About two weeks would pass and my wife would wake up to find our son dead in the basement from an overdose. We believe he had another attack and tried to cope with it in an unhealthy way.

I sometimes look at his pictures and just wonder why he didn’t listen to the people who loved him most that evening. Perhaps his own voice told him that the drugs would ease his anxiety and pain and his voice drowned out our voices of love. I don’t know, what I do know is that you can never love enough and you can never love too hard. The deeper we love the deeper the pain of grief; love deep anyway. My wife Stacey said to me early in our grief journey, “It’s better to have loved deep than never to have loved.” Her voice of love helps me to remember to do just that. It is so important to listen to the voice of love.

Voices have influence in our lives, the voice of truth and love always seeks our best interests. Who wants the best for you? What we listen to shapes our lives in many ways and we have a choice in the voices that we listen to. I have found it best in life to listen to the voice of love and the voice of truth. Who loves me most? Who’s voice affects me the most and changes my life for the good? God loves me more than anyone else and his word is truth; I listen to him. Then there are those closest to me who speak in love and truth as well; I listen to them also.

Why do I listen to the voices of love and truth? King Solomon says it better than I can, listen to his voice. My son, be attentive to my words; incline your ears to my sayings. Let them not escape from your sight; keep them within your heart. For they are life to those who find them, and healing to all their flesh. Keep your heart with all vigilance, for from it flow the springs of life. (Proverbs 4:20-23 ESV)

2 thoughts on “Hearing the voice of love”