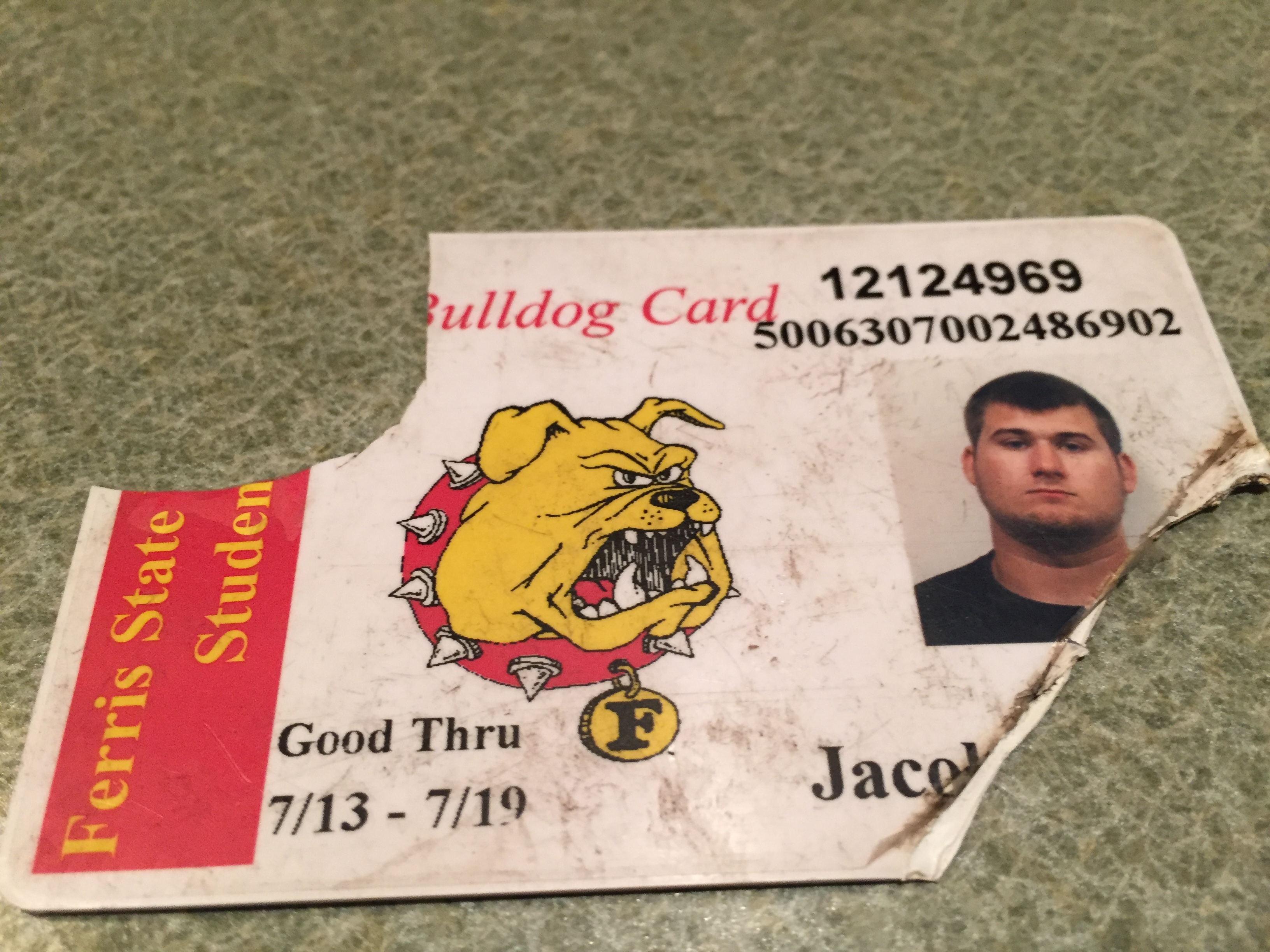 Selling a house is an emotional experience. A house becomes home because of family and years of created memories within its walls. We are getting ready to sell, we want to downsize and prepare for our future retirement. The emotions are greatly increasing for us and are much more intense than most sellers because of Jacob’s death.

It has been 2 years and 2 months since we said goodbye to Jacob. His bedroom door is closed and we have yet to go through his things. Soon we will be forced into tasks we have put off till the right time. I can’t say that the right time is here but the unavoidable day of packing, pitching and painting is coming fast. It’s still our call as to when, but one thing is for sure, we can no longer keep putting it off.

I got a taste of the pain last weekend while repainting his brothers room. Tokens of Jake’s life and the love these brothers have for each other was everywhere. It made me cry. These were the first tears I shed in connection to our decision to sell our home. I expect more, I expect harder days and am preparing myself as best I can for the hardest day to come; the day we open Jakes bedroom door. The day the door swings open our hearts will be opened as well, opened to love, opened to memories, opened to grief and opened to the pain.

There are many insignificant things in life that suddenly turn incredibly important upon death. Once meaningless items now speak a story and evoke thoughts and emotions. This really made me consider the meaningless treasures that I will leave behind someday for my loved ones. What story will they tell about me? What emotions will they drum up after my passing?  Most of the time I make efforts to avoid personal items of Jacob’s because of the emotional trauma it ignites. But in preparing for moving there is no place to hide and with every item handled there is a memory, a story, there is a smile, a laugh and much sobbing and tears.

Jake parked his 1998 Honda CRV for the last time on March 25th 2014. It has sat unmoved for two years but last weekend time came to clean it out and let it go. He was not the tidiest college student on the planet and his car reflected that.I found his hat and used it to contain his sunglasses, his Adidas cologne and his safety vests from Pro Build lumberyard. I smelled the bottle and remembered how I helped Jake get the job, he really loved working there. Then I threw away some MacDonald’s bags which represented some of the last food he tasted in life-poor kid! I collected his change from the console and discarded a losing scratch off lottery ticket that was with it. There were the tires in the back that I asked him multiple time to have installed which obviously he never got around to. Then I found a well worn senior picture of his friend Gail, I read the message she wrote him on the back and put it in the hat with the other treasures. Then, Under the floor mat I found the most insignificant treasure of the day.

There on the floor lay Jacob’s once insignificant college ID. The plastic card has 2 corners missing and I wondered what the story was behind that. Then I realized he couldn’t find a guitar pic so he made some out of his ID. I smiled, my heart warmed a bit as I thought about how he loved that Big Baby Taylor we bought for him in the 6th grade. The ID is now in Jacobs treasure box that rests on my wife’s dresser. The forgotten and insignificant ID told me a story and has now become a priceless item to me of the life of my son.

There were more insignificant treasures found while I painted his brothers room. I found a notebook with bible study notes and lengthy prayer lists that belonged to Jared. I seen Jacob’s name on the list and felt the love he has for his brother and just began to cry. I am crying just thinking of it again. 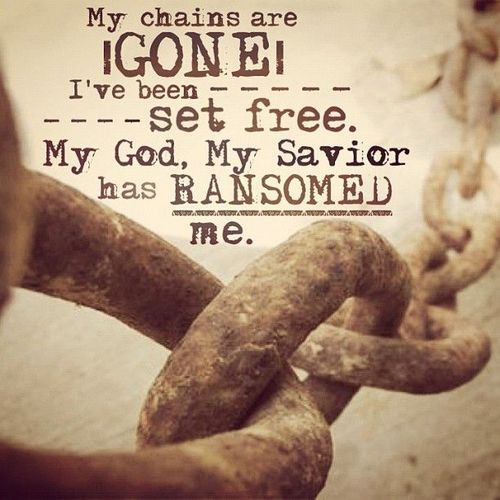 There are indicators when people relapse into their addictions. Jake was no different, we knew when his anxiety was high that he was in danger of relapse and we would love him trough the rough patch. But when Jake overdosed his indicators were hidden well, he was happy, life was very good at the time- apparently too good. This is why his death was so shocking, we knew the signs but the signs didn’t show themselves.

I can only assume what Jake and God only know. Why did he cross out these words? I guess he was feeling the weight of the chains that December before he died. It’s possible that couldn’t sing the words because he was using prescription meds, he was hiding, he was chained again. On March 26th he was set free from it all.

I took the papers  upstairs to the treasure chest and left them with the other things, each having a story of their own.

Very soon we will open his door and reopen the wound. We will discover and rediscover things that once were once insignificant but now have a priceless treasured story.

What will my things say to others when I am gone? What will become treasures to loved ones when fly away? Kind of an odd thing to think on but truly every object has a story and is leaving a legacy for others to remember us by. What will that legacy and story be for you; what will it be for me?

A legacy of love

There is an account in the bible that tells of the very thing I write of today. It occurred in the days of the apostles and you can read it for yourself in Acts chapter 9. It tells of a kind and loving woman who had died in Lydda. Disciples sent for nearby Peter to come quickly which he promptly did. When he arrived he walked into the following scene.

“All the widows stood beside him weeping and showing the tunics and other garments that Dorcas made while she was with them.” (Acts 9:39)

Why did the widows cling to the clothing? Because the clothing was the emblem of the loving kindness of Dorcas and they clung to it as they mourned the loss of love. This is why  simple, seemingly insignificant items makes us grieve. They retell a love story.

A promise of hope

The apostle Peter had seen Jesus risen from the dead. There is no doubt that Peter believes in the resurrection of dead people, he seen it many times in the three years he spent with Jesus. With confidence in God, he puts out the women, kneels at the bed and calls Dorcas to life through the power of the Spirit of God.

“But Peter put them all outside, and knelt down and prayed; and turning to the body he said, “Tabitha, arise.” And she opened her eyes, and when she saw Peter she sat up. And he gave her his hand and raised her up.” (Acts 9:40-41 ESV)

I am sure that I am going to grieve much as I cling to Jacob’s things in the coming months. Unfortunately, Jesus, Peter or Paul are not next door to call and solve this death problem. Yet, I have hope that my son will someday come out of the ground and be given a new body much like the risen body of my Lord Jesus Christ. He promised it and assured it by his own victory over our greatest enemy death.

Jesus left behind a cross. It is emblem and legacy that I cling to that brings me great comfort. I will cling to the old rugged cross because there, and only there was sin, death, and hell defeated in one fatal blow. The serpent’s head was crushed and I can have real comfort and real hope in  his resurrection from the dead.

“But we do not want you to be uninformed, brothers, about those who are asleep, that you may not grieve as others who have no hope. For since we believe that Jesus died and rose again, even so, through Jesus, God will bring with him those who have fallen asleep. For we declare to you by the word of the Lord, that we who are alive, who are left until the coming of the Lord, will not precede those who have fallen asleep. For the Lord himself will descend from heaven with a cry of command, with the voice of an archangel, and with the sound of the trumpet of God. And the dead in Christ will rise first. Then those who are alive, who are left, will be caught up together with them in the clouds to meet the Lord in the air, and so we will always be with the Lord. Therefore encourage one another with these words.” (1 Thessalonians 4:13-18)

Be encouraged, be comforted, be hopeful, and be ready my friends!